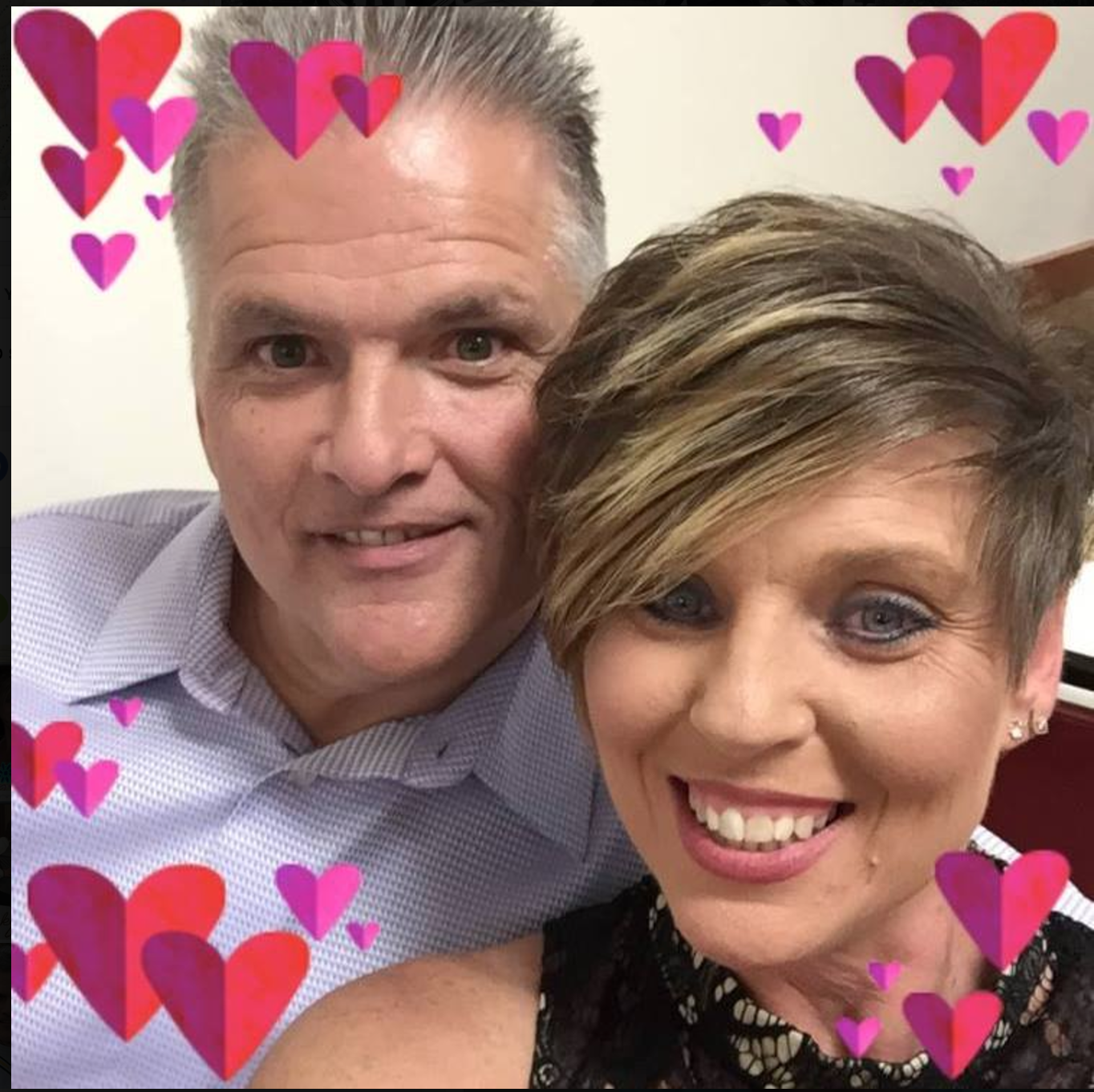 Angella Gauch and her husband, Mike, lobbied hard for a state income tax hike earlier this month. They earn more than $220,000 per year from taxpayers — more than five times the median Saline County household income. | Facebook

School’s out in the summertime.

So when Harrisburg’s Mike and Angella Gauch decided they would drive to Springfield earlier this month, getting out of work wasn’t a concern.

He’s the superintendent of the Harrisburg School District, and she’s a teacher in Carbondale. Unlike most working adults in Saline County, they are off work in July.

This year, they spent part of their summer vacation successfully lobbying for a state income tax hike.

When the tax hike passed, Angella Gauch lauded state legislators on Facebook telling them thanks for “standing strong for kids.”

She didn’t thank them for standing strong for the Gauch family, although she might have.

Angella and her husband pulled in more than $220,000 from taxpayers last year.

According to the Illinois State Board of Education, Mike earned $148,033, to go with seven weeks of paid personal or vacation days worth another $20,000. Angella earned $73,667.

The state income tax increase will cost their Harrisburg neighbors more: Saline County workers will send an additional $5 million per year to Springfield, according to estimates, while simultaneously protecting the Gauches' taxpayer-funded pensions and guaranteed annual salary increases amid steady school enrollment declines.

But Mike Gauch insists this isn’t about him.

“These are the people that matter,” Gauch said at a Vandalia rally with Chicago Public Schools Chief Forrest Claypool, gesturing to children holding “Save our Students” poster boards. “Not us: them.”

The Gauches represent a new reality in Southern Illinois: a public employee power couple whose income ranks them among the wealthiest families in Saline County.

Working just nine months a year, they earned more than five times the median household in Saline County, at $38,258 in 2015, according to the U.S. Census.

And their home — a four-bedroom, three-bath house two blocks from Shawnee Hills Country Club for which they paid $219,000 in 2015 — is worth more than four times as much as their average neighbor's. The median home sale price in Harrisburg over the past 12 months was $46,500, according to Trulia.com.

Paying for accelerating lifestyles of public employees like the Gauches has come at the expense of private industry in this corner of Southern Illinois, which pays higher taxes to foot the bill.

When it comes to speaking up for themselves — against an income tax increase — working men and women are at a major disadvantage.

“Myself along with hundreds of others were working and couldn’t go to Springfield to lobby,” Bob Sandidge, a 40-year veteran of the coal mining industry who lives in Carrier Mills, said. “Coal mines in Saline County were operating and carrying on business as usual.”

Sandidge says that it is unsustainable to continue to pay teachers and other public employees more as private-sector workers have seen their wages stagnate or fall. He blames higher taxes for making Southern Illinois less competitive than nearby Indiana and Kentucky, driving industrial jobs across the border.

“I think teachers should be compensated for their commitment and dedication, but not to the extreme that they are in Illinois,” Sandidge said. “The education system could stand to manage their cash the way a business manages its own cash. Numerous industries across the nation have been forced to make concessions in order to remain profitable, the education system might try following suit.”

“If there isn’t enough cash to provide a pension, then they should be offered some kind of a 401K system that matches a certain percent of their own contribution; likewise with health insurance and other benefits,” Sandidge said.

Teacher salaries and property taxes — both higher in Illinois

The average teacher's salary in Harrisburg District 3 is $51,744, according to the Illinois State Board of Education. That’s 35 percent more than the median income in Saline County.

The median salary for a teacher in nearby Morganfield, Kentucky, is $45,655.

In fact, Both Mt. Vernon ($92,300 median sale price) and Morganfield ($84,100) have higher costs of living than Harrisburg, as measured by real estate values.

That’s because property taxes are higher in Illinois, which makes it more expensive to own real estate.

Want to get notified whenever we write about Illinois State Board of Education ?

Sign-up Next time we write about Illinois State Board of Education, we'll email you a link to the story. You may edit your settings or unsubscribe at any time.

Illinois State Board of Education