When ‘I just need a job’ turns into a career

He was working in Chicago in computer networking when his company, in parallel with the 2008 recession, laid him off.

That’s when he saw a River Valley Metro bumper sticker that said the transportation agency — which serves the area that includes his hometown of Kankakee — was hiring. He applied, got hired and started driving a bus.

“I would have just laughed and walked away,” he says.

But that’s exactly what Siron didn’t do. The 35-year-old husband and father of three has climbed the ladder at River Valley Metro — from driving to dispatch to operations — and now serves as general manager. He’s just one example of someone who came to the growing transportation agency looking for a job and came away with a career.

This month marks Siron’s 11-year anniversary with River Valley. He says he got bit by the transportation bug and realized that he enjoyed the parts others might find a bit mundane, like creating training programs. That’s why he never left.

Apparently, Tim Goodman got bit by the same bug.

As a 19-year-old, Tim started as a third-shift bus washer — the lowest rung on the River Valley ladder. At the time, he wanted to work with this best friend and didn’t plan on staying long. He was taking classes related to drafting, surveying, electricity and welding at Kankakee Community College. He wasn’t exactly sure what he wanted to do when he “grew up.”

Maybe architecture or construction. But transportation? No, not really.

But like Siron, Tim, now 29, started moving up the organizational chart. Nearly a decade later, he now holds the title of Director for Safety, Security and Facilities. It’s no small job: Under his domain is all River Valley Metro property, including bus shelters, benches and transfer centers. He’s also in charge of making sure the organization satisfies all federal mandates.

Working just three miles down the road from where he grew up in Bourbonnais, Tim’s responsibilities have expanded as the agency has expanded. He’s found security in his work — perhaps a bit of an anomaly among millenials for whom job hopping has become the norm. He graduated from school debt free (thanks, in part, to River Valley Metro’s tuition-reimbursement program) and picked up his commercial driver’s license along the way.

“I’ve been here for nine years,” Tim says, “and I’m already vested in a pension plan. How many people in their 20s can say that?” 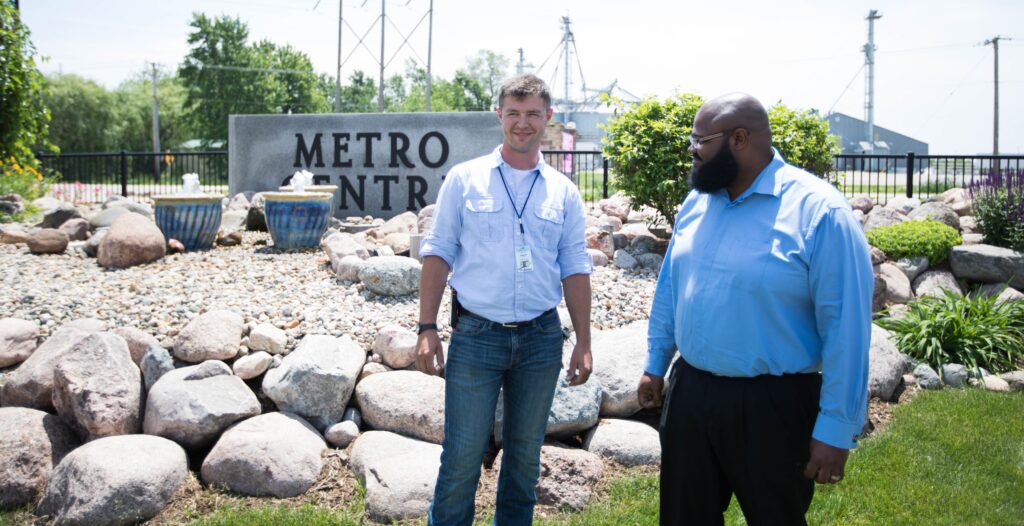