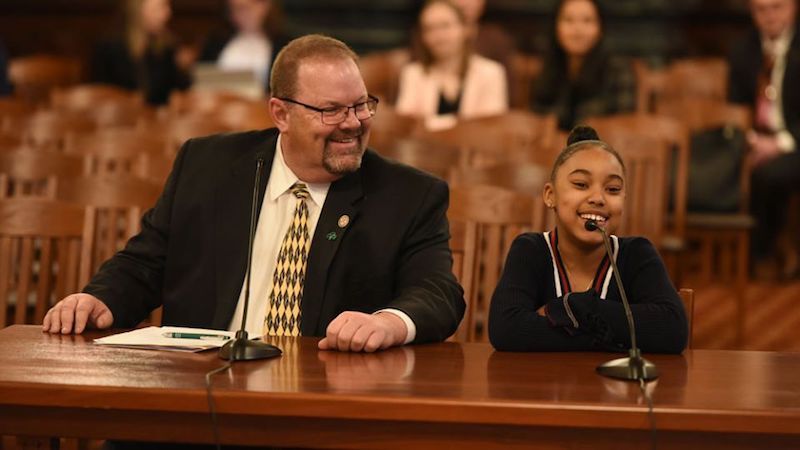 Lawmakers in Illinois are in agreement that a child’s lemonade stand should not be shut down because of the lack of proper permits.

In June 2019, officials in Kankakee decided to shut down Hayli Martenez’s lemonade stand for not possessing proper permits. Martenez, who was 11 years old at the time, decided to voice her concerns to state lawmakers.

At the time, Martenez’s home did not have running water. Instead, she used flavors of lemonade mixed with bottled water.

Martenez talked with lawmakers during a recent Senate Public Health Committee meeting in Springfield. The lawmakers were discussing Hayli's lemonade law, which if signed into law would give immunity to any child-run drink stand.

The bill would affect any child under 18 years old.

“Everyone’s sick and tired of all of us getting shut down for our lemonade stands,” Martenez said at the hearing. “I think it’s time to make a change.”

State Sen. Dave Syverson (R-Rockford), said he thought Martenez was engaging in positive work. But he wanted to make sure this particular bill was bulletproof in not allowing adults to take advantage.

“Our job is to look at the potentially worst-case scenario,” Syverson said.

The bill was able to pass unanimously through the committee after the bill’s sponsor, Sen. Patrick Joyce (D-Essex), agreed to make some minor changes.

In a statement, Joyce said that he hopes passing the bill will mean young entrepreneurs can “finally sell lemonade in peace.”

Martenez was selling the lemonade drinks to raise money for her college education.

The language of the bill, though, indicates that the local government or a health department could still request notice.

Want to get notified whenever we write about City of Kankakee-Kankakee ?

Sign-up Next time we write about City of Kankakee-Kankakee, we'll email you a link to the story. You may edit your settings or unsubscribe at any time.