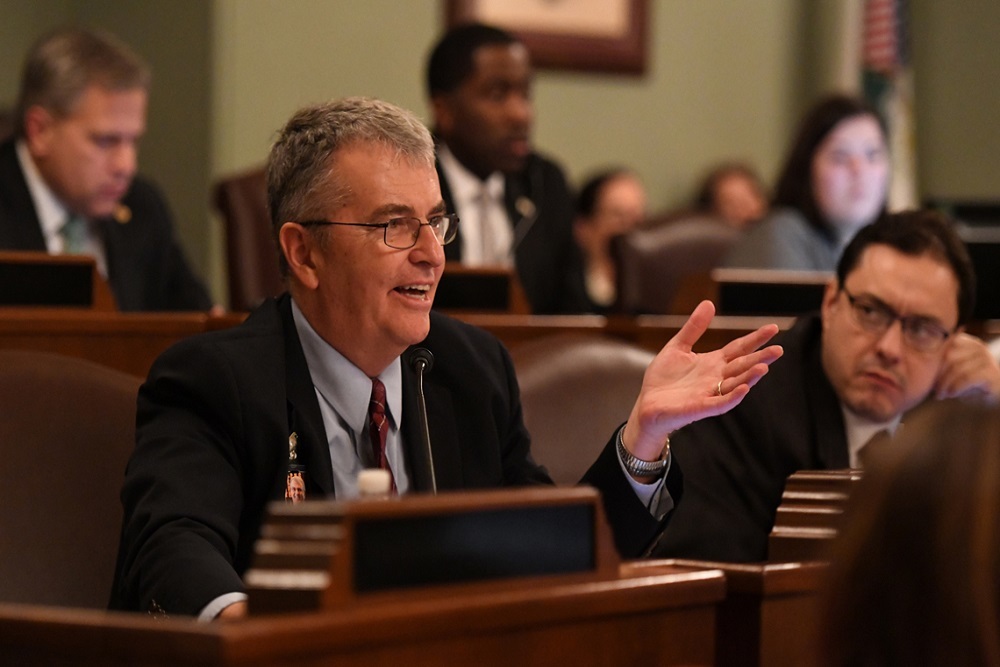 Illinois state Rep. Tom Bennett (R-Gibson City) continues to make good on his vow to donate his pay increase from the automatic raise lawmakers received over the summer to local charity.

Bennett recently added the St. Vincent de Paul Food Pantry and the Multi-Agency Services Center as two more places to whom he will be donating his portion of the funds.

“Over the summer, state legislators in Illinois got a pay raise which we did not deserve,” Bennett said in a press release. “Legislation I sponsored which would have stopped the raise from going into effect was not called for a vote, and so our salaries automatically went up. I have pledged that I will not keep the increase that was added to my paycheck, and over the last few months I have been donating the raise each month to a non-profit which serves the people of our district.”

St. Vincent serves more than 1,500 people per month from the Pontiac area, while the Multi-Agency Service Center offers assistance to families and individuals in northern Vermilion County and surrounding communities.

“Each of these agencies meets an important need in the area, and I was honored to present them with a donation this month,” Bennett said.

Bennett notes that lawmakers have automatically received pay increases in each of the four years he’s been in Springfield. But with all the dysfunction now plaguing Springfield, he felt that they were not deserving this year in particular.

With that in mind, Bennett sought to enact legislation to prevent the pay hikes from going into effect, but the bill was never called before the full House for a vote by House Speaker Mike Madigan (D-Chicago).

“The taxpayers of Illinois should not be forced to hand over more money to state legislators,” Bennett said at the time. “I will do my part to make sure they don’t have to.”

Want to get notified whenever we write about St Vincent DE Paul Church ?

Sign-up Next time we write about St Vincent DE Paul Church, we'll email you a link to the story. You may edit your settings or unsubscribe at any time.